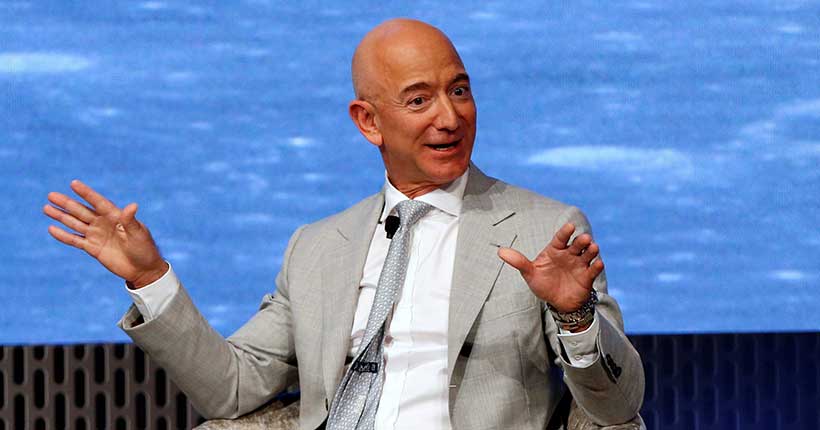 Amazon leaped as much as 4.8% on Tuesday, breaking through $3,000 per share to record highs.

The e-commerce giant is one of the biggest winners of the stay-at-home economy as Americans turn to online shopping as a replacement for boarded-up retailers. Amazon shares are up roughly 64% year-to-date and have nearly doubled from their mid-March lows. While some fear the stock is too lofty for the bleak economic backdrop, others say it has room to run.

“The company is benefiting from super-fast sales growth, up 26% year-over-year, and that’s been able to support the price at these levels, according to our valuation work,” Nancy Tengler, chief investment officer at Laffer Tengler Investments, told CNBC’s “Trading Nation” on Thursday. “So while it’s not cheap, it’s not very expensive.”

Investors eyeing the stock should monitor the company’s margins and Amazon Web Services performance against rivals, Tengler added. The slowed economy stifles Amazon’s profits just as it kicks off a rapid growth streak. The company has also “really felt the pinch” from Microsoft’s cloud computing business Azure, and the trend could force Amazon to bolster its own offering.

The company is positioned for strong gains through the year as online shopping activity surges, but Craig Johnson, senior technical research analyst at Piper Sandler, sees shares notching massive gains over the next few weeks. Amazon stock just broke out of “a big multiyear consolidation” and is showing “very positive momentum” heading into its July 23 earnings announcement, he said on CNBC. The stock’s rally likely places it above several analysts’ price objectives. Bullish firms will face pressure to boost their target levels higher in the near term, he added.

“If I just look at a chart and sort of measure things out … $3,400, $3,500, sort of at minimum, seems like a price objective of where this stock could ultimately go. So, we’d still be a buyer of Amazon shares here, bottom line,” Johnson said.