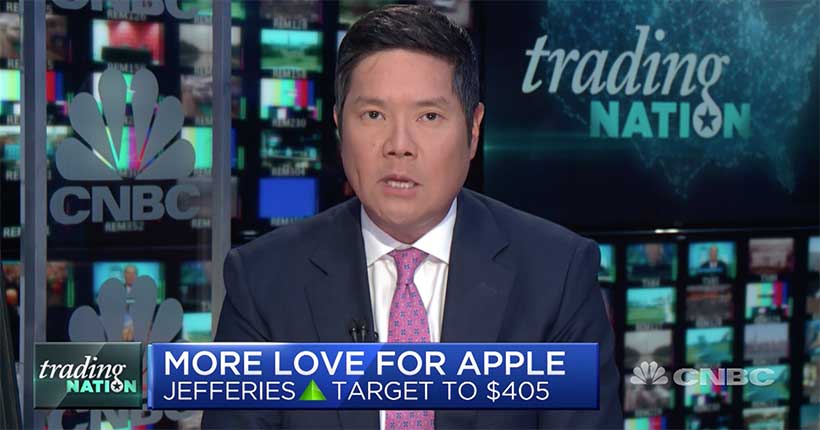 Shares have already risen nearly 20% this year, and it’s not the only FAANG stock bucking the market sell-off in 2020. Facebook, Amazon, Netflix and Google parent Alphabet are also higher this year.

“I think it’s going to continue,” Tengler told CNBC’s “Trading Nation” on Friday, arguing that growth stocks have tended to outperform in recent years even in the face of an economic slowdown.

However, she is using the strength in Apple to rotate into some of the other FAANG stocks.

“During the decline we actually used it as an opportunity to add to some of our Facebook, and we got the proceeds from selling some of our Apple,” said Tengler.

Craig Johnson, chief market technician at Piper Sandler, agrees that these stocks will continue to outperform. Facebook, Apple and Amazon, he notes, have broken out to new highs.

“If we unpack the chart of Apple, … you go through these periods of sideways consolidation, and then you break out, make a new high and start another leg up,” Johnson said during the same segment. “It looks like to us based upon the charts that not only is the stock breaking out to new highs, you’re also seeing really good relative outperformance versus the S&P 500. That’s what portfolio managers are looking for and Apple continues to deliver.”

Facebook, too, looks to be headed to new highs, he added.

“Multiyear consolidation in Facebook, and now we’re just starting to break out. Any little short-term pullbacks, you want to be buying this. It looks like we’ve got the fundamentals and the technicals in alignment here, and Facebook looks like another one we should be adding,” said Johnson.