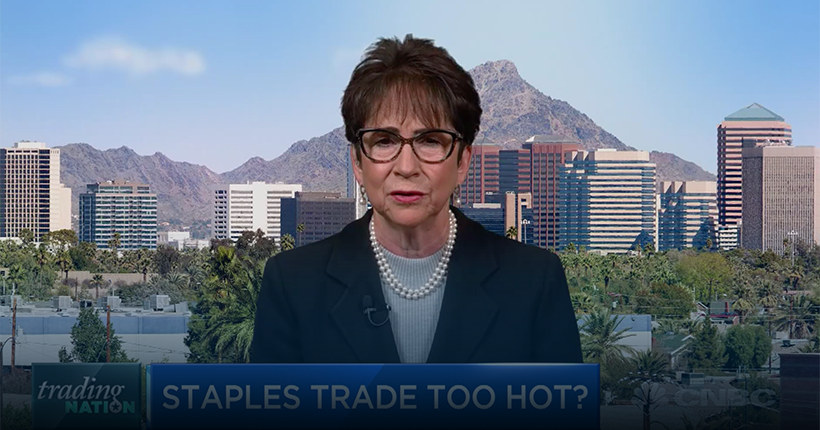 It’s a party in the pantry. A handful of top consumer staples stocks are having a banner year, with better year-to-date gains in 2019 than they’ve seen for decades.

“I do think there are better places to be in the market,” she told CNBC’s “Trading Nation” on Thursday. “These valuations are pretty stretched.”

Tengler said that while she doesn’t believe September’s unexpected drop in retail sales “is indicative of a weakening consumer,” a number of the stocks behind consumer-facing companies appear to have lofty valuations.

“One month of retail sales numbers doesn’t have me concerned. We think the consumer is in great shape for all the obvious reasons: interest rates, employment, gas prices are tame,” the strategist said. “But we do think some of the consumer stocks are overvalued.”

Having pounded the table on stocks like Costco when the stock market rolled over at the end of 2018, Tengler said her firm has decided it’s time to reposition.

“We’ve been selling a lot of those names. We exited Costco last week on a valuation basis. It’s just too overdone for us,” she said. “We do still hold PepsiCo, but we’ve trimmed Apple, which I think is kind of consumer-y. We’ve also trimmed Starbucks, Home Depot, Procter & Gamble, and we’re still holding onto things like Walmart.”

Walmart also caught the eye of Todd Gordon, longtime trader and founder of TradingAnalysis.com, who flagged the stock’s “beautiful” uptrend in the same “Trading Nation” interview.

“Ninety-five to 100 is your support level,” he said, noting that he’d recommend adding to a position in Walmart as the stock heads higher. “I think Walmart is showing good strength within [the Consumer Staples Select Sector SPDR Fund, or] XLP.”

While Gordon said staples stocks were broadly overvalued, he maintained his bullish take on one high-flying name.

“One stock that I do like is Costco. I continue to hold it in my portfolio simply because it’s working,” he said, pointing to the stock’s neat uptrend since the end of last year.

“You really can’t dump it until it gets below about 250,” he said, adding that he’d also boost his Costco position if the stock were to break out to the upside.

“But … once it gets overvalued into resistance, I’m going to look to scale back,” he said. “Plus, I think Costco trades more as a discretionary rather than a consumer staple just because of the growth rate.”