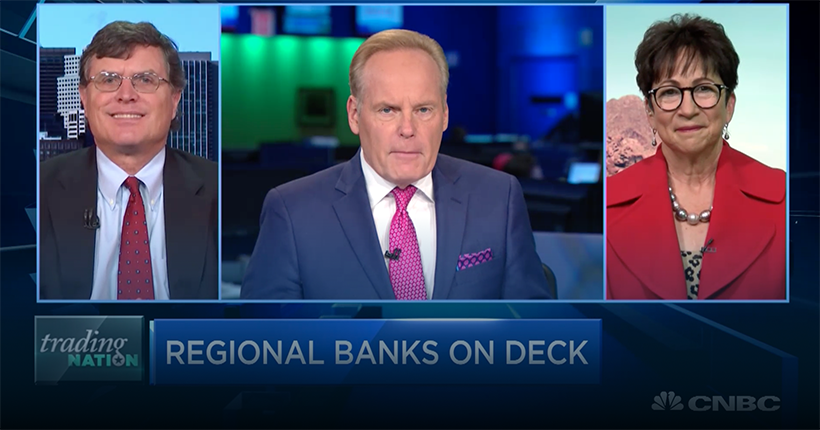 The big banks have wrapped up their earnings, and Wall Street looks ahead to the regional banks reporting in coming days.

The group heads into those earnings in good shape. The KRE regional banking ETF has bounced nearly 20% off an August low, though it has begun to ease back. Matt Maley, chief market strategist at Miller Tabak, called the rally.

“We turned bullish on the bank stocks back in August when our work showed that the long-term interest rates were going to rally, were going to bounce and the bank stocks did rally in the mid-December, got a little overbought and are starting to pull back,” Maley said on CNBC’s “Trading Nation” on Wednesday.

“One of the reasons I’m bullish is I do think that the Fed, the ECB and the BOJ, all these central banks, one of their goals for this year is to steepen the yield curve, and that’s going to be very bullish for the banks,” said Maley.

He added that a decent entry point to the group would present itself if the ETF moved back down to the $55 level.

“That would be its December lows, and its trend line from August, that should provide some excellent support for the KRE and should provide a good opportunity to get back into the group,” said Maley.

The KRE ETF was trading at $57.27 midday Thursday.

“U.S. Bancorp reported [Wednesday] and kind of confirmed our fears — we happen to own the stock unfortunately — that the regionals are getting squeezed a little bit, the rate cuts hurt them. Even the steepening yield curve in the fourth quarter didn’t really help much and they’re guiding lower for their interest income in 2020,” Tengler said during the same segment.

Tengler instead gets financials exposure through the big banks, including J.P. Morgan, BlackRock, Morgan Stanley and Goldman Sachs.

“If you’re going to play the group and I think it looks super interesting in here, you do want to do it through an ETF like the KRE because you don’t want to take this specific stock risk that you’re going to get from management teams at the regional banks and the small ones in particular, so I think it looks interesting. I’d let it go through earnings season and then pick it up after that,” said Tengler.