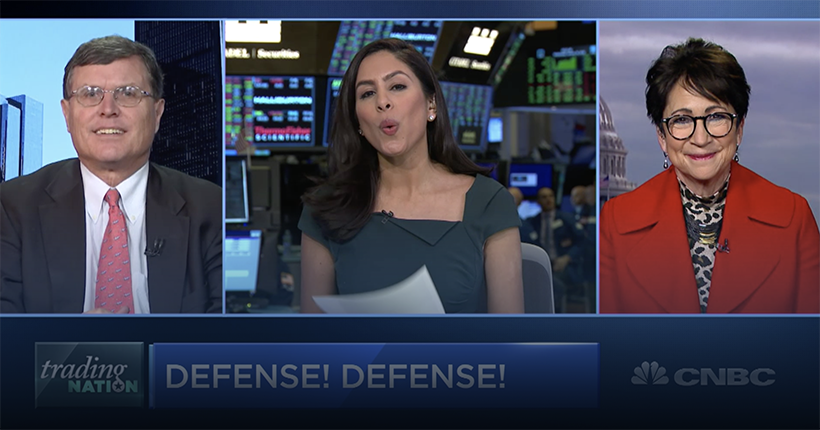 Stocks have returned to rally mode, but three defensive plays could be undermining the bull case.

Treasurys, utilities and gold — typically safe havens — have surged this month and outperformed the S&P 500. The safety surge comes even as the riskier tech sector leads the market and the S&P 500 is less than 2% from record highs.

Nancy Tengler, CIO of Laffer Tengler Investments, sees this as proof of uncertainty among investors as to what comes next after the record rally in stocks.

“The market is conflicted. Many like me think that we’re due for a correction, and so you see a lot of this movement into the defensive sector,” Tengler said on CNBC’s “Trading Nation” on Thursday.

However, Tengler isn’t ready to go all-in on the safety trade just yet.

“We’ve taken the approach to keep our cyclicality exposed in our portfolios because we think that the bull market has another leg up,” she said. “But we’re protecting against the downturn with some derivatives in our portfolio and I think that’s a better, more tax sufficient way, to play this.”

Matt Maley, chief market strategist at Miller Tabak, is judging this disconnect in the market on a case-by-case basis. He says utilities, for example, could be one red-hot area about to cool down, while gold and Treasurys should continue higher.

“There’s no question that the XLU, the utilities ETF, is very overbought. Look at this weekly relative strength indicator — it’s over 80. I mean that’s usually a level that it only stays at for a very short time, and yet it’s been there above that level for over seven days now. So, it’s really getting extended. This is probably a group that is getting ready for a pullback,” Maley said during the same segment.

The XLU ETF, which counts Southern Co. and Duke Energy among its top stocks, has added more than 6% this month. The broader S&P 500 is up just 1%.

Gold, meanwhile, could be setting up for a major move higher, says Maley.

“When it pulled back in the middle of the month, it did not go back below its key support level at $1,550, and now it’s bouncing off that. If it can follow that higher-low with higher-high above its intraday highs earlier this month of $1,611, that’s going to be very, very bullish,” Maley said.

Tengler agrees there could still be room for gold to run.

“I don’t think a rising price of gold and a rising stock market are mutually exclusive,” she said. “For investors that have an appetite for gold, I agree with Matt. I think now’s the time when you probably can still continue to add despite the recent outperformance.”