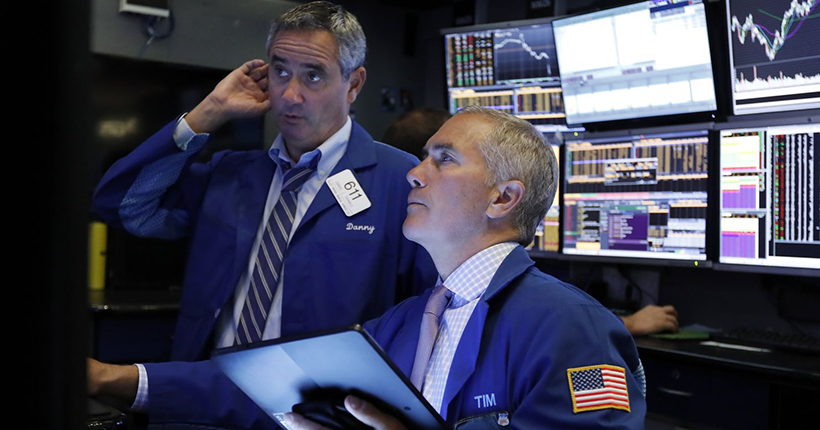 Stock markets climbed Wednesday amid new optimism that high-level trade talks set to resume this week might usher in a breakthrough in the year-long U.S.-China conflict.

The Dow Jones industrial average had popped nearly 190 points, or 0.7 percent, by midday after Bloomberg News reported that a Chinese official “with direct knowledge of the talks” said that Beijing was open to a partial deal to limit the economic damage that tit-for-tat tariffs have wrought. The Standard & Poor’s 500 index was up 0.8 percent while the tech-laden Nasdaq composite closed in on 1 percent.

President Trump has insisted on nailing down a broad trade agreement that includes intellectual property protections for American companies doing business in China. But he also has said he would consider a smaller-scale deal, sowing confusion about the precise parameters of what he would require to remove tariffs on Chinese imports.

Chinese Vice Premier Liu He is scheduled to meet Thursday and Friday with U.S. Trade Representative Robert E. Lighthizer and other officials in Washington. The two have been holding stop-and-go negotiations for nearly a year. To try to force Chinese officials to negotiate, Trump has slapped tariffs — or import penalties — on close to $350 billion in Chinese goods. Tariff rates are set to move higher on Oct. 15, and then even more goods will face import penalties in December.

Trump contends that China must change its trade practices if it wants to make a deal. He has accused the government of stealing intellectual property from U.S. companies, unfairly subsidizing domestic firms, and manipulating its currency to create a trading imbalance. He also has demanded that Beijing boost imports of U.S. agriculture products, such as soybeans and pork.

Chinese officials have expressed an openness to some changes but have stopped well short of Trump’s broader demands. There are growing signs that the prolonged standoff is damaging both nations, as economic growth in the U.S. and China have slowed markedly this year.

Continual posturing by White House and Chinese officials has whipsawed the stock market since trade negotiations began in earnest late last year. Some indexes have spiked or plummeted based solely on rumors or partial developments, as traders or computer algorithms react to anything that might be perceived as news.

“The fact that markets are still trading on China trade talk innuendo is proof positive the algorithms are running the short-term show,” said Nancy Tengler of Tengler Wealth Management. “Those of us who invest our client’s money for the long-term use these bouts of volatility to purchase great companies at a discount and sell expensive holdings to eager buyers.”

All 11 stock market sectors were up in Wednesday’s trading, with information technology and energy at the head of the pack.

“It’s natural that technology is going to rally hard,” said Kenny Polcari, senior market strategist at SlateStone Wealth. “The tech stocks are the highfliers and get hit the hardest on the way down, and they are the ones that bounce the most on positive trade news.”

Stocks fell sharply Tuesday — the Dow slid more than 300 points, or 1.19 percent — after Washington imposed visa restrictions on Chinese officials and blacklisted several Chinese businesses on allegations their work contributes to the repression of the nation’s Muslim minority population. Since the start of October, Wall Street has bounced between pessimism over weakening U.S. manufacturing data and optimism over record low unemployment.

The Bureau of Labor Statistics reported Wednesday that the number of job openings in August was flat month-over-month at 7.1 million.

“The peak was 7.626 million openings last November, so the labor market may have passed its peak for hiring demand in this business cycle,” said Chris Rupkey, chief financial economist at MUFG Union Bank.

Rupkey said the data shows American companies “still want you to come to work for them … despite the head winds of uncertainty and risks posed by the escalation of the trade war.”

Meanwhile, investors were preparing Wednesday to digest news from the Federal Reserve, which is slated to release the minutes from its September meeting. The minutes provide clues to what Fed officials are thinking about a host of issues affecting the economy.