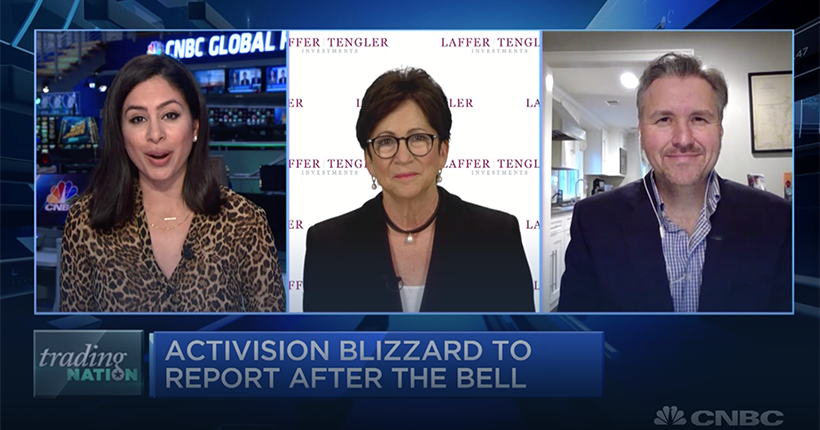 Video game stocks are at the forefront of the stay-at-home surge.

Call of Duty publisher Activision Blizzard was the first to gauge the trend’s third-quarter strength when it reported earnings Thursday after the bell. The company’s shares fell nearly 6% in after-hours trading as investors took issue with a decline in monthly active users despite a top- and bottom-line beat.

One trader was expecting solid results from Activision.

“I like the setup for Activision going into earnings,” Nancy Tengler, chief investment officer at Laffer Tengler Investments, told CNBC’s “Trading Nation” on Thursday ahead of the report.

She noted that Activision was down about 1.6% heading into the report versus the Nasdaq Composite’s nearly 2% gain.

“I think the company benefits from digital gaming consoles, it is going to improve already robust margins of 77.5%, I believe, and the company has done a great job of beating on revenues 17 out of the last 20 quarters,” Tengler said.

“I like that the stock has underperformed,” she added. “I’m not a gamer, but I do think that Call of Duty Warzone had a great and timely release and the next Call of Duty is going to be released on Nov. 13. So, I think going in, you’ve got a lot of the elements you need.”

With fellow gaming giants Take-Two Interactive Software, which makes Grand Theft Auto, and Electronic Arts, the company behind The Sims, slated to report next Thursday, another trader suggested a broader-based way to play the group.

“I think the theme of gaming has such a long runway in front of it that I think the best way to play it is through a thematic ETF like GAMR,” John Petrides, a portfolio manager in the wealth management division of Tocqueville Asset Management, said in the same “Trading Nation” interview.

The Wedbush ETFMG Video Game Tech ETF (GAMR) holds 89 gaming stocks in its portfolio and is up almost 53% year to date.

“You’re seeing that esports is growing. You’re seeing colleges and universities actually start offering it as a class and have labs and they’re viewing it as a long-term business, emerging business within not only the U.S., but globally,” Petrides said.

“So, instead of playing one individual stock where each of these companies have to rely on the next new game to drive growth, we think it’s best to play it as a thematic way and invest in the whole ecosystem.”

GAMR closed up nearly 1.5% on Thursday.