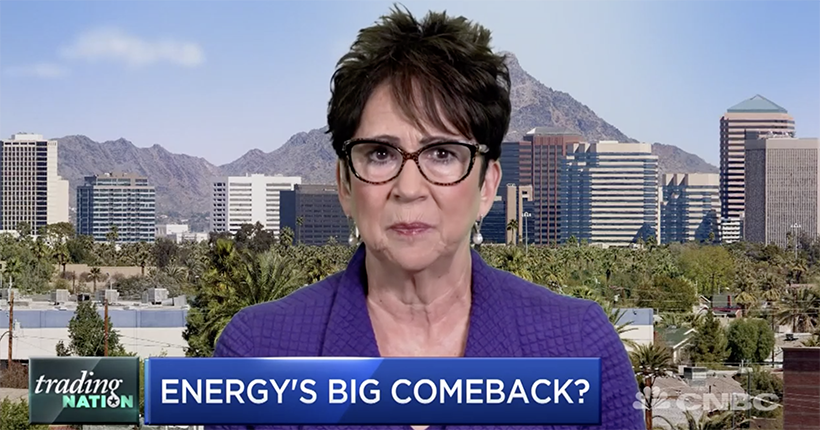 Energy stocks are falling back after their massive rally to begin the week.

The XLE energy ETF is down more than 1% on Tuesday after racing 8% higher for the month. The sector saw a massive surge on Monday after crude oil popped following an attack on a Saudi Arabian processing facility.

Bill Baruch, president of Blue Line Futures, says any further gains in crude oil and energy stocks could be crimped by historical trends.

“You want to look to fade this rally. If you look back in the past, over a peak through September and October, crude oil has sold off about 8% from peak to trough,” Baruch said Monday on CNBC’s “Trading Nation.” “There’s going to be an opportunity here seasonally and fundamentally and technically as things get exacerbated to the upside.”

For example, from a peak in October last year to a December low, crude oil fell 44%. It saw a less extreme move in 2017 from a September peak to October trough when it fell 7%.

However, there is some more room for the XLE ETF to run before it hits a wall, according to Baruch’s charts.

The XLE ETF has 6% upside before reaching that upper band of resistance. It hasn’t traded as high as $66 since April.

Tengler Wealth Management’s Nancy Tengler says she also does not expect the energy sector’s rally this month to last.

“We’ve been using the strength to trim back our holdings in the group,” said Tengler, who notes that she was more bullish on the group back in 2016 when oil traded much lower. “If this was a demand-driven rally, then we would be much more inclined to hold on and round out our holdings.”

Tengler says she would see more strength in the energy trade as an opportunity to continue to sell out of positions.