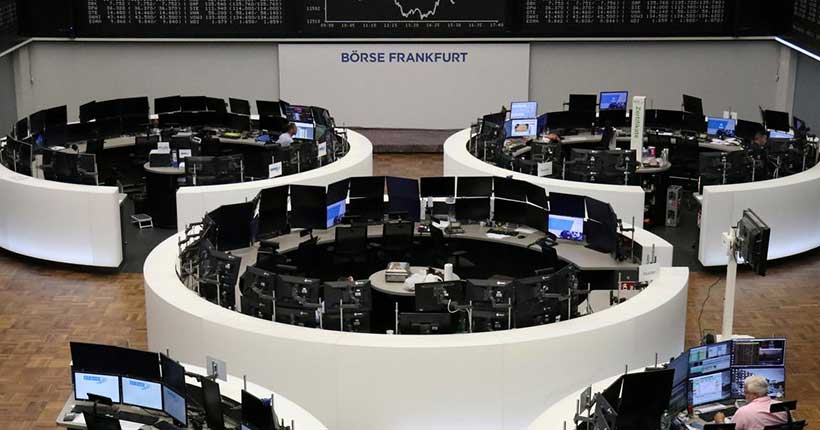 The main indexes spent the morning in the red after U.S. President Donald Trump moved to ban U.S. transactions with the Chinese owners of messaging app WeChat and video-sharing app TikTok, further escalating friction with Beijing.

Data showed U.S. jobs increased by a better-than-expected 1.763 million in July, although the pace of recovery slowed amid a resurgence in new coronavirus infections, pressuring the White House and Congress to agree another aid package.

“The jobs numbers were surprisingly good,” said Nancy Tengler, chief investment officer of Laffer Tengler Investments. “But we expect a moderation in jobs improvement in the near-term as businesses wait to see what Washington comes up with.”

With the bulk of the European earnings season over, investors were relieved that most companies had exceeded analysts’ much-lowered forecasts for quarterly profits. Refinitiv data showed about 60% of the STOXX companies that have reported so far beat estimates.

Hikma Pharmaceuticals (HIK.L) jumped 10.9% after saying it had started manufacturing remdesivir, an approved treatment for COVID-19 from U.S.-based Gilead (GILD.O), and it raised its annual sales outlook for two of its biggest divisions.

Deutsche Telekom (DTEGn.DE), which owns 43% of T-Mobile (TMUS.O), rose 2.7% after the U.S. firm added more monthly subscribers than expected in the second quarter and said it surpassed rival AT&T (T.N).

Standard Life Aberdeen’s (SLA.L) shares inched higher after the asset manager said it would pay a dividend even as its profit dropped 30%.