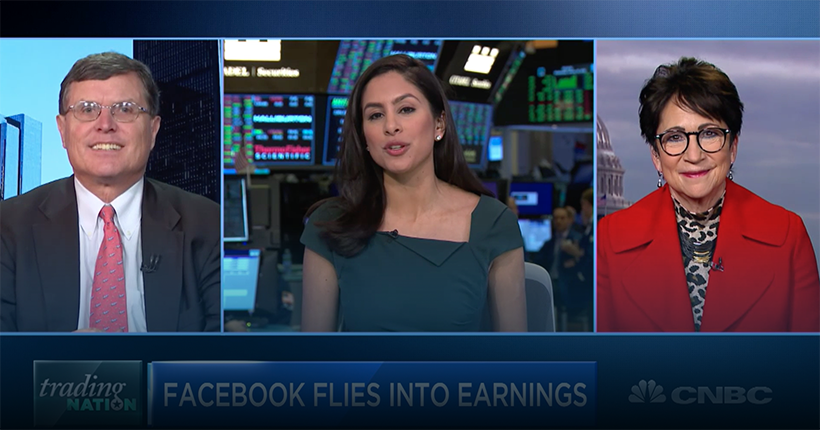 As shares of Facebook climbed more than 2% to a new 52-week high ahead of the social media company’s Wednesday afternoon earnings report, buoyed by an upgrade from Raymond James, there’s one key level in the charts that investors should be watching, said Matt Maley, chief market strategist at Miller Tabak.

“The stock is bumping up against its 2018 all-time highs. Actually, it’s slightly above that high, but you always want to see a more meaningful break before you can confirm anything specific,” Maley said Wednesday on CNBC’s “Trading Nation.” “Whenever you’re going up against a key level like that, if it fails and rolls back over, it can be very negative for the stock.”

That means that if Facebook’s fourth-quarter earnings release doesn’t at least meet Wall Street’s expectations, the stock could form a bearish pattern known as a “double top,” which tends to lead to meaningful declines, Maley warned.

“The last couple times that the stock’s rolled over in the last two years, it’s seen pretty big corrections of anywhere from 14 to 40%,” the strategist said, adding that Facebook shares could “easily” fall 10% before reaching any kind of support.

“So, we need to be careful a little bit here,” Maley said.

Conversely, “if it does break out in a more meaningful way — and, of course, these earnings could be a catalyst for that kind of a move — it’s going to be very, very bullish,” Maley said. “Remember: Facebook has actually underperformed most of the big-cap names over the last two years, so, if it could finally break out above its 2018 highs, it should see a very nice run.”

Nancy Tengler, chief investment officer at Laffer Tengler Investments, said that with 22.5% annualized revenue growth and a price-to-earnings multiple that’s nearing a three-year low, “I’d much rather be in this stock than many of the more defensive names.”

Speaking in the same “Trading Nation” interview, Tengler said she wanted Facebook to update investors on its dealings with regulators and its Instagram subsidiary’s e-commerce push.

“I think they’ve learned a lot, and I think a lot of the bad news is priced in,” Tengler said. “Even though we’ve seen a rally in the stock, we’re not back at historical high-multiple levels. So, I’m not too concerned about [regulation] anymore, though … they’ve never ceased to disappoint, so, we’ll see.”

As for Instagram, its increasingly sales-friendly platform could even have “some implications for Amazon,” Tengler said.

“I think they’re doing a good job at pulling all the levers that they can and diversifying away [from] the dependence on Facebook core and just advertising in general,” she said.