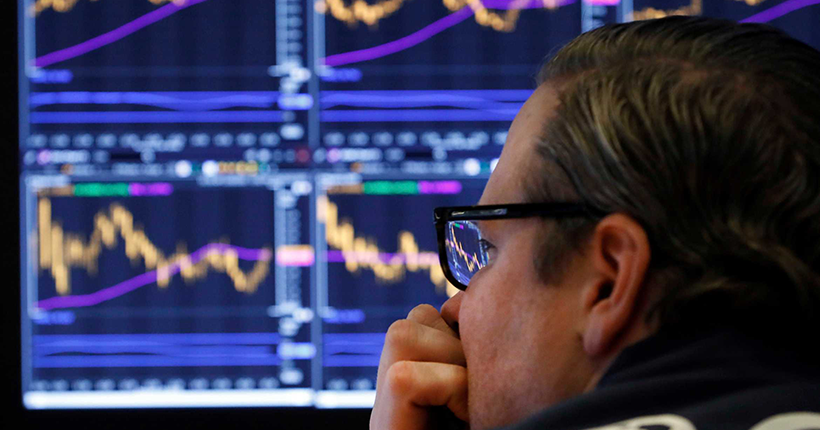 Nancy Tengler has managed money for 35 years. She’s confident in her positions. When one of her companies reports good earnings, she expects it to go up.

But nothing prepared her for what happened on Aug. 26 in Salesforce.com Inc., when its quarterly results ignited a paroxysm of buying that pushed the shares 26% higher in a day.

Tengler’s seen that kind of thing more often, lately — reactions that seem out of proportion to underlying news. It’s a shift in the market’s usual volatility backdrop that gives her pause, even when it works in her favor.

“I could not for the life of me explain why it was up 26% after a 3 or 4 percent move the day before,” Tengler said. “It is inexplicable to me how some of these names have run up on almost no news. And so you have to factor in the Robinhood cohort who tend be chasing a lot of these names and driving them up further.”

The influence of stuck-at-home individuals has been a well-known theme ever since people were locked inside by Covid-19. What is emerging as a parallel factor in the market’s often-uncanny buoyancy is the presence of giant options positions in many of the same stocks they favor. Soaring open interest, particularly in bullish call contracts, are visible in virtually all the stocks that have led the rally, from Salesforce to Apple Inc. and Tesla Inc.

What’s spurring the surge is a question that started to obsess Wall Street, climaxing Friday in speculation that buying by a single money pool was responsible for much of it. Bloomberg reported in August that SoftBank Corp. was raising stakes in the Faang group using structures that don’t require public filings. The Wall Street Journal and Financial Times reported Friday that purchases of bullish options by SoftBank on billions of dollars worth of stock amplified this summer’s rally in technology companies.

Jason Goepfert, president of Sundial Capital Research, says that while SoftBank may be the biggest player, it can’t bejust one firm whipping up markets. Small day traders have spent $40 billion in call premiums in a month, data he compiled from the Options Clearing Corp. show. That’s a hefty amount for retail investors to be wielding and dwarfs what SoftBank is reported to have spent.

“Softbank as a call buyer makes sense, as does the underlying buying it generates. But trades less than 10 contracts swamped the rumored Softbank buys, so clearly others were trying to tag along for the ride,” Goepfert said. “Not sure why now versus other years, other than stay-at-home boredom. Maybe the retail crowd saw this as their last, best chance to get rich quick.”

Demand for upside call options in Salesforce.com began to rise at the start of August, before its earnings report sent cash equity shares surging. From the start of the month to the day before the software-marker reported, total call open interest more than doubled from 181,000 to 389,000. Now, the number of outstanding bullish call contracts on the stock stands near 700,000, the highest level on record.

Asked if options positions in the market, which can force dealers to buy shares to hedge when they start to move, might be a catalyst in moves like Salesforce.com’s, Tengler said: “Yeah definitely,” adding, “I’m not an options expert, but it does drive short-term moves pretty dramatically.”

Whether it’s a single buyer or hordes of retail day traders — or a combination where purchases by one spur interest from the other — the footprint is visible in popular megacap tech stocks such as Facebook Inc., Amazon.com Inc., Netflix Inc., Google’s parent Alphabet Inc., Apple and Microsoft Corp. Total open interest in the group has exploded higher at the fastest pace since September 2018, just before the Nasdaq 100 dropped more than 20%. The action had mostly been in bullish call options.

Volatility has turned extreme in tech shares over the last two days, with the Nasdaq 100 briefly falling into a 10% correction Friday. Reversals such as this week’s point to the risk that whatever pressure the options market might have spurred on the way up is capable of exacerbating moves lower when selling picks up in cash equities.

Amazon’s call volume averaged 146,000 in the 30 days through Wednesday, near the most-active levels on record. In the late 1990s, an equivalent measure peaked around half that. Meanwhile, Apple call options averaged more than 3 million per day, the most in six years. Facebook’s stats are similar: Call options volume on average over that time frame is the highest since 2013. Meanwhile, Tesla’s daily call options volume once again headed toward 2 million, a record level that was reached earlier this year in February.

Millions of new traders have rushed to markets in the U.S., enticed by the prospect of zero fees and entertainment while bored at home in the coronavirus age. In the three months ended in June, clients at retail brokerages such as E*Trade Financial Corp., TD Ameritrade Holding Corp., and Charles Schwab Corp. traded record amounts. Data show options trades placed by small investors has also sky-rocketed, and turnover in penny stocks has jumped, too.