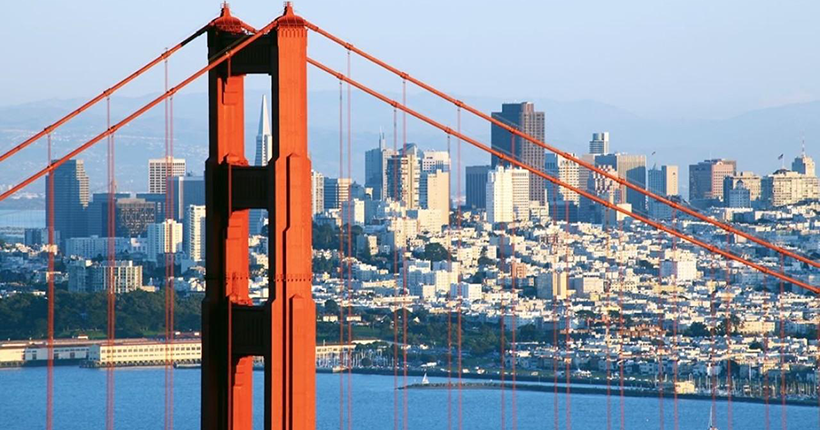 California is home to the best large city for job growth and sustainability, according to a new report. On Wednesday, the Milken Institute released its annual Best-Performing Cities Index for 2020.

The San Francisco-Redwood City-South San Francisco area took the top spot — for the first time since 2014 — because of its “capacity for innovation, unparalleled ecosystem and exceptionally strong wage growth,” according to a press release.

“The top-performing cities have cohesive strategies that allow them to weather economic storms and leverage their assets for sustained growth,” Kevin Klowden, executive director of the Milken Institute Center for Regional Economics, said in the release. “San Francisco’s legacy of innovation, research universities, and abundance of skilled labor and tech startups highlight the depth and dynamism of the region’s economy.”

Many of the cities that followed the San Francisco area are more midsized, according to the release, but they made it to the list because of outside assistance from certain industries or companies.

Reno, Nevada, for example, took the fourth-place spot in the index for large cities. Aside from growing data centers and logistics and drone companies, Reno is home to the Tesla Gigafactory 1 — the electric car company’s factory.

According to Tesla’s website, the factory produces the electric motors and battery packs for its Model 3 cars as well as Powerwall and Powerpack energy storage products.

Several factors in the Palm Bay-Melbourne-Titusville, Florida, area helped it to rise 47 spots from last year to reach the 10th place on the list this year, according to the release.

“While San Francisco has returned to the top spot in this year’s index, the most compelling story is the rise of non-traditional tech and employment centers in other parts of the country,” Klowden said. “These emerging centers include cities like Reno, Boise, and Melbourne, which experienced an incredible rise to break into this year’s top-10.”

The Milken Institute analyzed 200 large cities and 201 small cities on measurements including job creation, wage growth and innovation industry in order to calculate and rank its index, according to the release.