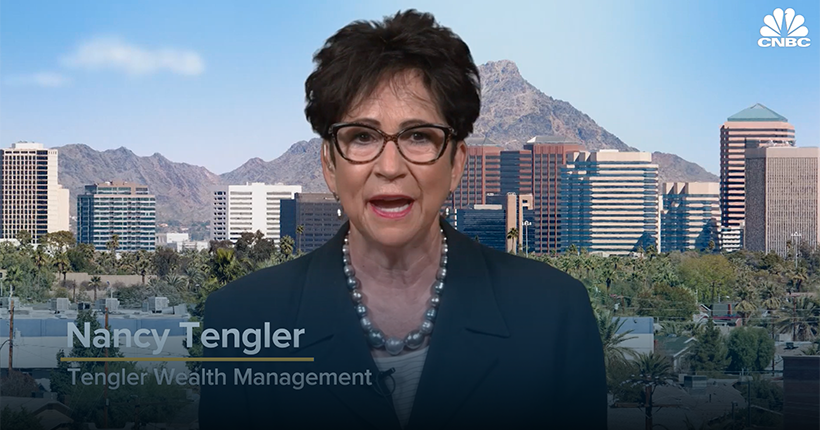 Stocks made a major recovery Thursday, snapping a two-day losing streak for the S&P 500, Dow and Nasdaq. However, they are still on pace for their third negative week in a row.

Five experts weigh in on what investors should watch for as the markets fluctuate.

David Kostin, chief U.S. equity strategist at Goldman Sachs, said the economy is weakening, but it should be able to bounce back.“What are the fundamentals telling us. … You have the economy, you got earnings, you have valuation, you have money flow, and so what is the economy telling us? It’s weak or it’s weakening. … Equities, even in this environment, would look somewhat more attractive than bond yields, buying Treasurys at 1.5%. Corporate bonds also, the spreads are pretty narrow relative to history. It is a more challenging type of environment … although there’s relatively less clarity on what the outlook is for 2020, there is a likelihood that if we have deceleration at this point, it’s likely to actually pick up over time.”

Greg Boutle, U.S. head of equity and derivative strategy at BNP Paribas, said the ISM is not the only number that gives an accurate snapshot of the economy.“You can’t get too carried away about the impact of one number, but I certainly think if we see the weakness we’ve seen in the manufacturing side of the economy start to show itself more in the service side of the economy, then that’s going to be problematic for U.S. equities. The data that we’ve seen this week has surprised aggressively on the downside. We have earnings season in the U.S. that kicks off in a couple of weeks’ time. We think the risks to earnings looking forward are very much also to the downside, so we’d be very cautious about stepping into cyclicals here now.”

Nancy Tengler, chief investment strategist at Tengler Wealth Management, said the ISM is a revealing number for the U.S. economy.“We have to kind of pay attention to what the ISM says. On the manufacturing number, the kind of fish or cut bait [number] is 42.9 and we’re in 47.8. On nonmanufacturing, we’re still expansionary. So yes, we’re slowing. We’ve seen many indications of that through the summer. The question now is with an easier Fed and some of the offset to really strong earnings growth in 2018 kind of calendaring, can we continue to muddle along in the high single digits for equities? And that’s what we expect. We buy dividend payers that are growing the dividends, we have done that for the last 30 years. That’s a great place to be invested in an environment of uncertainty like this.”

Dan Suzuki, portfolio strategist at Richard Bernstein Advisors, said that while the market appears erratic short term, there are some stronger signs of a continuing decline.“The market’s short-term reaction functions a little bit erratic … but I think what’s clear in all the data, not just the ISM, is that the fundamentals are clearly getting weaker. And a lot of the faster-moving stuff, the more timely data is continuing to point to things getting even weaker looking forward and I think that’s the biggest risk. The bulls tend to point to the consumer as holding up really strong, but literally every part of the economy is slowing. You know, it’s just a matter of how much.”

Tracie McMillion, head of global asset allocation strategy at Wells Fargo Investment Institute, said Friday’s jobs report is the most important economic puzzle piece.“The fall season does tend to be volatile historically. But there is a lot of data coming out right now that implies some weakening in the U.S. economy, particularly in manufacturing. … So really what we’re watching here is we’re watching the jobs data because what’s important and what’s holding up the growth in the U.S. economy right now is the U.S. consumer and should that consumer start to falter, then that’s where we would become more worried and we’d be worried that this is more than a slowdown and potentially leading into some sort of recessionary environment.”