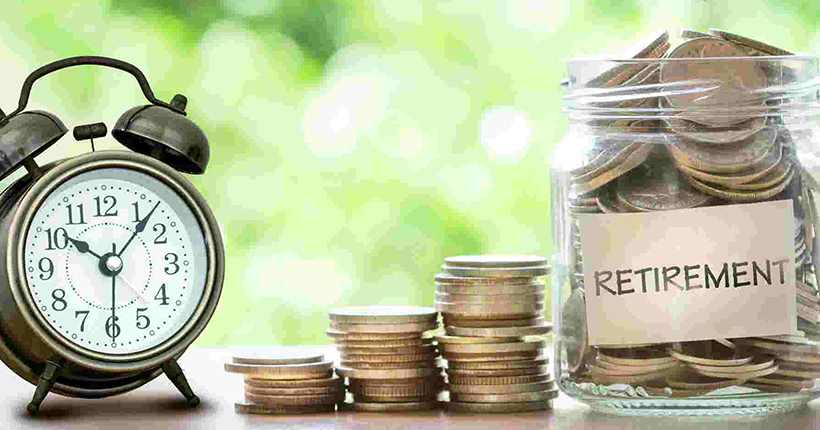 A happy, healthy retirement is most everyone’s dream. We imagine lazy mornings over a cup of coffee and a good book, days relaxing on a tropical beach, exploring foreign lands and playing with our grandkids. No stress. No worry.

We would be better served to think of retirement as twenty years of unemployment.  That’s because when it comes to retirement savings, the majority of Americans generally come up short.

According to Northwestern Mutual’s Planning & Progress Study 2019, only 16% of the adults surveyed had saved $200,000 or more for retirement. One in five Americans have less than $5,000 saved for their post-work years and 15% have no nest egg at all! So much for no stress, no worry.

Add to those sobering statistics of under-saving is the fact that most Americans have unrealistic expectations about their standard of living in retirement.

Gallup has found that 57% of working Americans expect to retire “comfortably” and only one-third of those surveyed expect to rely on Social Security as their major source of income. But retiring comfortably with a modest dependence on Social Security will require significantly higher retirement balances than the average working American has set aside.

When preparing for your twenty years of unemployment consider the following:

During a career in investing which spans three decades — through bull and bear markets —I  have observed that investing in stocks is not the risky activity. It’s not investing that contains the most risk to our future security.

Though the following study was conducted in 1998, the principles remain relevant. TIAA-CREF’s study, “Investing for a Distant Goal: Optimal Asset Allocation and Attitudes toward Risk”, asked three prominent investors to recommend asset allocation models over a 40-year period based on years to retirement. For people who had ten years until retirement, the strategists (Burton Malkiel, Jack Bogle and Jane Bryant Quinn) recommended 50%, 70% and 80% allocation to stocks respectively.

Quinn advocated the most aggressive allocation to equities over the 40 years. It is no surprise (employing historical average returns for stocks and bonds) that the study found Quinn’s portfolio performed significantly better than the other two strategists’ portfolios. One must take risks to generate returns.

Warren Buffett famously said “diversification is protection against ignorance. It makes little sense if you know what you are doing.”

In 2003 I gave an interview recommending five high-quality stocks across five sectors. I discovered that interview ten years later and decided to measure the performance of that small portfolio of securities.

The names of the companies are not important, but what is significant is the performance of the five stock: Three underperformed the Standard & Poor’s 500 stock index from 2003 to 2013 and two dramatically outperformed it. Collectively the five stocks generated a 130% premium to the market over the ten years (which, it should be noted, included the bear market of 2008-2009).

Whether buying stocks, ETFs or mutual funds, pick the very best and stick with them.

The reality of retirement

The average lifespan in the U.S. is 78.7 years. If you stop working in your 60s, retirement is indeed 20-plus years of unemployment. To enjoy your golden years comfortably requires retirement savings significantly higher than the majority of Americans have amassed.

Save aggressively, take enough risk and face the facts.