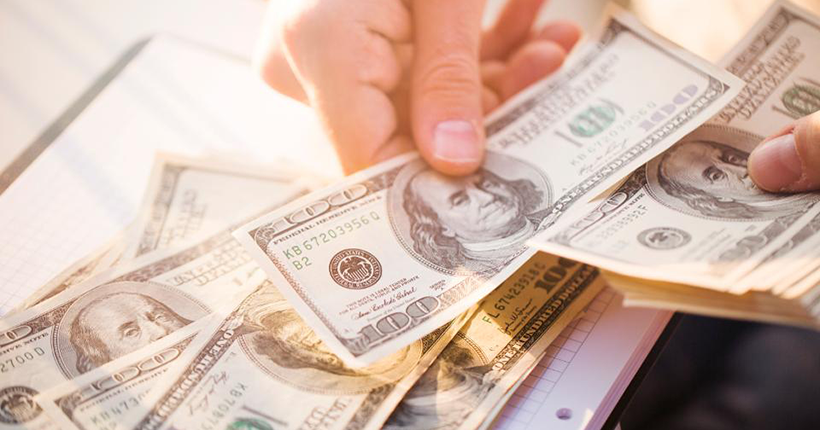 Stimulus checks have been tried before. The idea is, during times of economic stress, money placed in the pocket of the consumer will spark demand as money is recirculated into the economy. Dolly Levi, the matchmaker in Hello, Dolly! expressed the sentiment well when she declared: “Money, pardon the expression, is like manure. It’s not worth a thing unless it’s spread around, encouraging young things to grow.”

However, my good friend, Dr. Arthur B. Laffer, who knows a few things about economics, disagrees. “There is no tooth fairy,” Laffer writes. “Every dollar given to someone comes from someone else.” His point is that the government can’t create resources, it can only transfer them from one person to another.

So, if the government sends a $1,200 check to individuals and $2,400 to married couples, the government needs to borrow that money from someone else, creating a future liability for taxpayers who, after all, fund the government.

Further dampening the hoped-for positive effects of stimulus checks is that many Americans actually end up saving the money rather than spend it. In 2001, for example, the government sent “tax rebates” of $300 to $600 to approximately two-thirds of U.S. households over a 10-week period.  The National Bureau of Economic Research surveyed a representative sample of U.S. households during the distribution period.

What did they find? Only 22% indicated they would spend the money. Presumably, the rest were planning to save it. Oh.

So, let’s say you are fortunate enough to receive a $1,200 check — what should you do with the money? Spending is just fine, charitable contributions even better. But if you are inclined to save the money, saving to invest is the best long-term strategy.

Let’s consider an example from the last bear market in 2008-2009 which I discuss in my book, “The Women’s Guide to Successful Investing.”

When I saw a chance to buy Starbucks (SBUX) in April 2007, I did. The stock had declined 30% from a recent high of $40 and settled in around $31. At the bottom of the market rout in 2008, the stock declined to below $5 per share. Yikes!  But as every investor learns, you don’t have to know the exact day the stock hits bottom.  You don’t have to be right about every detail. You just have to stick to your discipline and let the company management do the heavy lifting.

Though I bought SBUX far from where it ultimately bottomed, the total return (from where I bought it) through Friday, March 20th is 336% versus 113% for the S&P 500.  On an annualized basis SBUX has returned 12% versus 6% for the S&P 500. I am not recommending Starbucks. I am not in a position to do that. You must consider your own risk tolerance and investment objectives. What I am saying is that when you buy great companies, you can have the confidence to hang in there and, even buy more during bear markets.

No one knows where the bottom in this market sell-off well end. What we do know is with stocks down over 30%, as measured by the S&P 500, we are closer to the bottom than we were on February 19 when the market hit a historic high. There is no rush. Be deliberate. Be picky. Don’t get caught up in the panic.

As Warren Buffett once said: The most important quality for an investor is temperament, not intellect… You need a temperament that neither derives great pleasure from being with the crowd or against the crowd.”