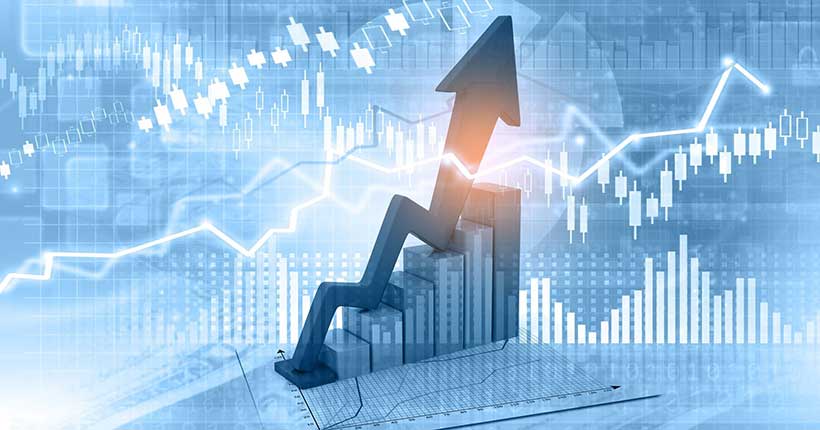 “Scotty, I need warp speed in three minutes or we’re all dead.” That scene from “Star Trek II: The Wrath of Khan” came to mind when the markets recently shot to a new high. Talk about warp speed! The Enterprise had nothing on the S&P 500’s furious resurrection of the bear market from dead in record time.

2020, the year of unprecedented firsts: a global pandemic, prompting a sweeping economic shutdown resulting in the loss of tens of millions of American jobs, massive monetary stimulus, record fiscal stimulus, plus the most rapid bear market sell-off followed by an equally relentless rally to new highs. From the March 23 low (just a few short months ago) the S&P 500 was up 52.5% through August 21.

So here we are with stocks fully recovered (and then some) while the pandemic still looms. States have opened then closed and reopened again. Remote learning is replacing classrooms, the unemployment rate is still above 10% and company earnings are better than expected but below year-ago levels. Where is the good news in all of this? And, why a meteoric melt-up in stock prices? If I may say so, it seems highly illogical.

But in the short-term, stock performance often seems disconnected from reality, causing many investors to zig when they should zag. In February I penned a column which argued “the best time to plan for a stock sell-off is when indices are hitting new highs, of course.” I suggested when stocks begin their inevitable slide (markets experience a correction of 5% to 10% in just about every annual period) you should increase your contribution level to your 401(k). I hope you did.

Here we are at new highs again. This market, however, is different than the February high when the economy was roaring and unemployment was at historic lows. You see, this record is one of only five new record highs achieved when the economy is in recession. The previous four times stocks, on average, were 11% higher one month later. The previous new high occurred during a ten-year bull market. This record follows a bear market. They are not the same.

As you take a fresh look at your 401(k) consider the following.

• Interest rates are at historic lows. When rates eventually begin to rise, bond prices will decline. So, take a look at your allocation to bonds. This asset class has historically provided a balance to stock risk but bonds may, in fact, present investors with more risk than stocks from these levels. Consider an allocation to convertible securities if your plan provides an option. Convertibles are bonds or preferred stocks that can be converted to common stock. The yields are often higher than traditional bonds or stocks and because they are convertible, they tend to move with the stock price. Converts are a unique asset class that provide an interesting opportunity for investors at today’s historically low interest rates.

• Remember that the political calendar traditionally takes over after Labor Day. Earnings season is largely in the books and with nothing else to focus on, the market begins to anticipate the election. Expect volatility—don’t rush into the recent winners, the supercharged growth stocks that have reached stratospheric levels. Rather, pace yourself. Maintain diversification. If you want to take more risk, spread your allocation among multiple funds with different strategies.

• Learn from recent history.  Markets go up and they eventually go down. We just lived through a real-life experiment. Examine how your 401(k) performed during the sell-off. If you made changes in, say, March, did they improve performance? What worked? What didn’t work? You have experienced a full-blown bear market and a rally that just officially entered bull market territory all in a matter of months. What have you learned? Write it down.

New highs should not be scary. Markets go up about two-thirds of the time, which means new highs are achieved frequently. Stick to your plan, and live long and prosper.