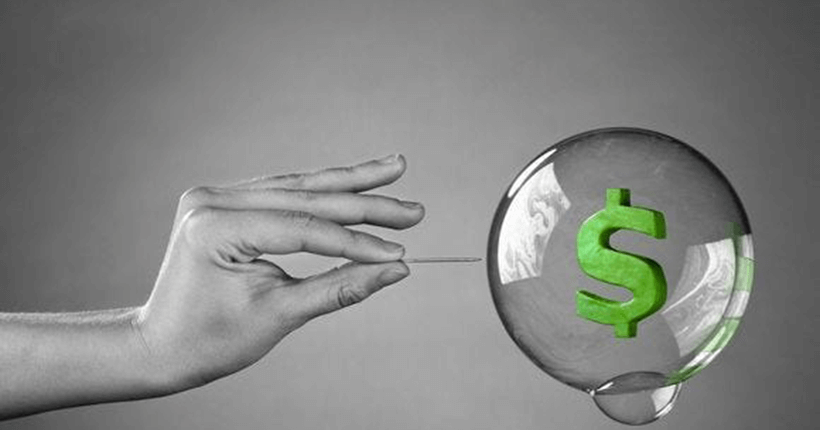 There is a distinct advantage to being, shall we say, a mature investor.

Observing and participating in markets over many decades provides an opportunity to identify anomalies and patterns, to gain valuable perspective at potential turning points and to avoid panic when markets roil.

With an increase in the number of pundits comparing today to the internet bubble that burst in March of 2000, and since I had a ringside seat, I thought it would be useful to highlight the differences.

Current market comparisons with the tech bubble in 1999/2000 miss a few major differences. I was overseeing billions of dollars in 2000 and remember the investing environment all too well. We were ending an almost decade-long economic expansion driven by high levels of productivity improvement, which drove growth at reasonably low levels of inflation. Stocks had rallied for years and the Federal Reserve had little more in their toolbox than jawboning to influence equity prices.

Hard to forget Alan Greenspan’s famous “irrational exuberance” speech in 1996. Stocks continued to rally. Then, in 1998, the Asian crisis caused Greenspan and others to ease rates on fears of deflation, further inflating asset prices. The economy purred along and stocks rallied for two more years with the Fed out of policy options.

After dropping rates to fend off the fear of deflation, the Fed began a deliberate tightening regime as a response to a tight labor market and the new risk of accelerated inflation. As the Fed tightened at the short end, the 10-year yield rose past 6.5% at the beginning of 2000 vs. approximately 1.4% for same time period.

The discount rate now is at effectively zero (and likely to be there for some time) and despite the rally in the 10-year to 1.4%, real rates are still negative which means that the TINA factor (there is no alternative) remains intact.

Though the 10-year yield is up materially from the August lows, rates are still friendly to stock multiples. And it would seem bonds are likely riskier than stocks from current levels.

Price-to-earnings multiples are another important input to the bubble equation. Though multiples are similar to March of 2000, it is important to note that then stocks were trading at lofty multiples on peak earnings. Witness Microsoft (MSFT) – one of the vaunted Four Horsemen traded at 34x on Tuesday.

Stocks are trading on trough-ish earnings and MSFT is trading at 32x forward earnings. Massive monetary and fiscal stimulus has already been pumped into the system (with another almost $2 trillion on the way and $1 trillion yet to be spent from the previous two relief packages) providing a bridge to fundamental earnings growth.

Importantly the multiple expansion we experienced in 2020 took place as the business cycle was bottoming, which is a polite way of saying as the country entered a COVID-induced recession; corporate profits are now in a cyclical upswing. In March of 2000, the business cycle and earnings had peaked.

There are always mitigating factors in each market cycle and scenario. It is difficult for investors to quantify the effects of the kind of massive monetary and fiscal stimulus being pumped into the system over the last year and expected to continue in 2021.

There are likely to be distortions and we are seeing some of those excesses play out in the proliferation of special purpose acquisition companies (SPACs), Bitcoin and message board investing (in 1999/2000 the internet chat rooms were where the speculative traders hung out).

Volatility is likely to continue.

But, volatility is not a bubble. Strap in for a much overdue correction likely triggered by inflation scares and/or a rising 10-year Treasury yield. But, as vaccines proliferate and the consumer begins to spend down the trillions of dollars of excess savings, the economy and this new bull market are likely to hum along.