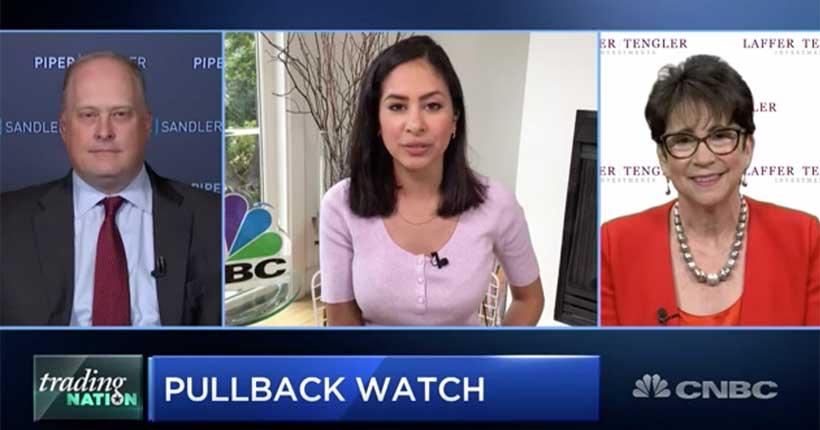 With stocks dropping Friday as coronavirus cases rise in some reopened states, the stocks most above their 200-day moving averages are looking increasingly at risk of mean reversion.

One stock stands out from the pack in terms of its potential to keep climbing, two traders agreed Friday on CNBC’s “Trading Nation.”

In the case of Chipotle Mexican Grill, there have been 37 times since the stock began publicly trading that it crossed a 20% premium to its 200-day moving average, Johnson said. His research found that in 78% of those instances, Chipotle shares traded an average of 9.9% higher within 60 trading days.

“When I come back and I look at this chart, it looks like we’re losing momentum,” Johnson said. “We’re above our 200-day moving average. Bur we may end up just going sideways and just sort of consolidating in here.”

“If we were to get a pullback, any pullback toward 940 on Chipotle would be a great entry point for growth and momentum investors,” he said.

Chipotle shares closed down more than 1% on Friday.

“We were accumulating in March and we’ve added to our holdings,” she said in the same “Trading Nation” interview. “On a pullback, I would absolutely step in because I think this one has much more room to grow and to go price-wise, too.”

Tengler cited Chipotle’s recent investments in its digital platform and “Chipotlanes” drive-thru initiative as key factors in her bull case.

“As we’ve said before, we think the trends that were in place previously have accelerated due to Covid, and that’s why this is a stock we want to hold onto,” she said. “Great balance sheet, fundamentals are in good shape and they’re demonstrating that they can grow.”

If there’s any stock to avoid, it’s Apple, Tengler added.

“On Apple, we’ve been net sellers,” she said. “If you look at it from every valuation metric that we utilize, it’s overvalued. So, yes, the fundamentals are great. We liked it a lot when we were accumulating it in 2013. But now is time, we think, to take some off the table as we don’t think it’s sustainable.”