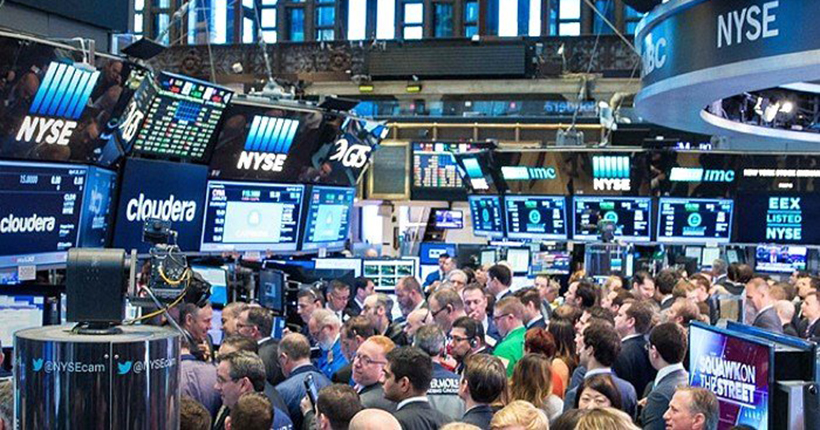 Of course, the deepening trade war with China is the most important to date. The battle, in addition to tariffs, has widened to potentially include further bans on Chinese companies doing business in the U.S. as China may move to cut off the U.S. from the supply of rare minerals used in all manner of technology and consumer goods.

However, there is a long list of worries that the market is failing to climb.

The slowdown in the global economy has gone well beyond China-related weakness as evidenced by plunging bond yields around the world. Sovereign debt bearing negative yields is again approaching $11 trillion, well above recent lows, but still below the $13 trillion peak of a couple years ago.

The inversion of the U.S. yield curve, with 10-year note yields well below 3-month T-bill yields (and even below the Federal Funds rate), signals that bond market investors are growing worried about a recession and pricing in the likelihood of one or more rate cuts from the Federal Reserve before the end of this year.

More broadly, global bond markets are also projecting a worldwide slowdown, which is extending from Beijing to Brazil and from Russia to Rome and from Tokyo to Toronto.

Add to that the plunge in oil, copper and lumber prices and commodities are also flashing warning signs about global growth.Europe populism

In addition to new uncertainties around Brexit, the resurrection of Nigel Farage, and the potentially adverse impact of European parliamentary elections, Italy is now facing a fresh debt crisis as it negotiates new terms with the EU.

Italy’s far-right party is becoming increasingly emboldened to ignore the bureaucrats in Brussels and go its own way politically and economically.

(By the way, Steve Bannon just happens to be preaching the gospel of populism, and economic nationalism, from the Certosa di Trisulti monastery just outside the Italian capital.)

Meanwhile, populists from the right and left are maintaining, or gaining, their hold in executive seats from Budapest to Brasilia and from Moscow to Mexico.

If this is not enough to raise concerns about the return of 1930s-style economic policies … from protectionism to competitive currency devaluations to the U.S. finding other targets in an on-going trade war, there are some other salient issues currently at play.Trump and his conflicts

Robert Mueller, in a surprise news conference on Wednesday, said his report did not exonerate President Trump of obstruction charges, saying it was not within his constitutional powers to charge a sitting president … raising the pressure for the House to hold an impeachment inquiry.

But let’s not stop there, especially since certain of President Trump’s advisors are advocating for military action in the following places:

So, its not just the trade war that is providing bricks in the market’s “wall of worry.” It’s many things all occurring in the run-up to the 2020 presidential elections in the U.S.

The trade war with China is important, but let’s face it … there are few more items on the horizon that may play a bigger role in the markets if they are not resolved in a rational and rapid fashion.

The markets appear to be worried about all these things. We probably should be too.

READ THE FULL ARTICLE ON CNBC