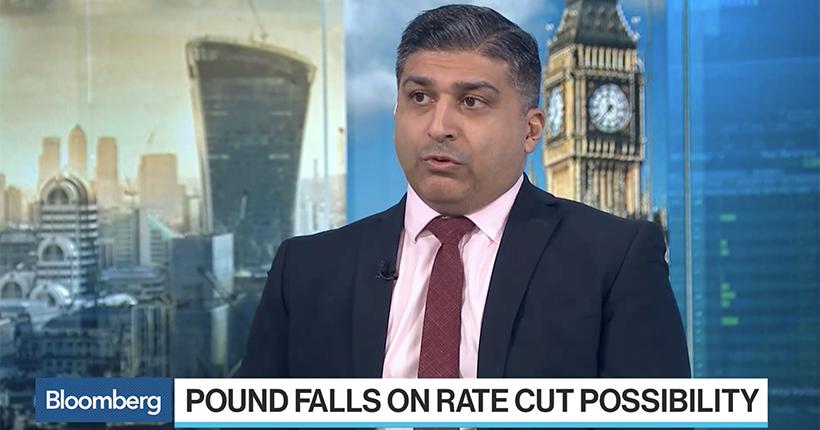 U.S. equities rose to records, led by shares of technology companies, in a week expected to be dominated by the start of earnings season and the signing of a partial China trade deal.

Apple, Tesla and Microsoft pushed the S&P 500 and Nasdaq Composite Index to all-time intraday highs. Gains extended after the U.S. was said to plan to lift its designation of China as a currency manipulator. Earnings from some of the biggest U.S. banks kick off the season Tuesday, amid forecasts that overall corporate profits will show the smallest growth in three years.

“Our expectation is a solid earnings season — nothing extraordinary but nothing really terrible,” Kristina Hooper, chief global market strategist at Invesco, told Bloomberg TV. “The environment is so accommodative that it really is supportive of risk assets, including equities, even if we have a lackluster earnings season.”

The pound led declines among Group-of-10 currencies after another Bank of England official pointed to a potential vote for a U.K. interest-rate cut this month and data showed the economy unexpectedly shrank. Germany’s benchmark bund yield headed for least negative closing level since May. The offshore yuan strengthened past 6.9 per dollar for the first time since July.

The dollar edged higher and Treasuries fell across the curve as the completion of the first trade deal nears; President Donald Trump has said the U.S. and China will sign the accord on Wednesday. The U.S. in August first formally labeled China a currency-manipulator, a move that further escalated the trade war with Beijing after the country’s central bank allowed the yuan to fall in retaliation to new U.S. tariffs.

“The consumer is super strong, the economy is strong, but slowing. The Fed’s on the sidelines. China’s on the sidelines now as a headline, and we dodged the giant bullet with Iran, no pun intended,” said Nancy Tengler, chief investment strategist at Tengler Wealth Management. “And so what you have is no news and everything is kind of OK.”

Elsewhere, equities advanced in all major Asian markets except Japan, where there’s a holiday, and Australia. Oil fluctuated after last week posting its steepest loss since July.