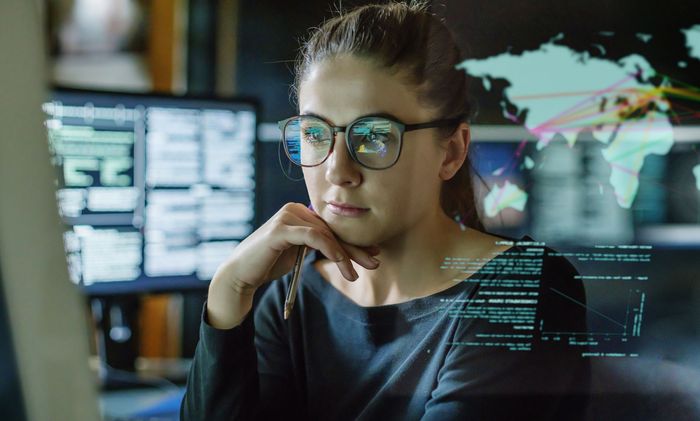 CEO and Chief Investment Officer Nancy Tengler was quoted by Michael Brush in his recent MarketWatch opinion piece. See the original post on Marketwatch or read on for the full article.

Opinion: Strong Insider Buying Suggests a 15% Rally in the S&P 500 from Here

One of the troubling things about this market downturn is that as brutal as it got, corporate insiders never showed much interest in their discounted stocks.

That’s changed in a big way. They’re bullish now — signaling the stock market is oversold and due for at least a short-term bounce if not more. Using history as a guide, the S&P 500 SPX, +0.95%, the Dow Jones Industrial Average DJIA, +0.60% and the Nasdaq Composite COMP, 1.51% stand to advance 15%-20% over the next three months.

How do we know? I’ve looked at the daily flow of insider buys for over two decades for my stock letter (link in bio below), so I have a good sense of when the volume and importantly the quality of insider buying picks up.

“Quality” means buying by insiders with strong records, buying by executives over directors who are further from the business, and bullish formations like cluster buys. All of these signals have improved significantly.

“I think insiders are the smart money. They understand the companies,” says Nancy Tengler, CEO and Chief Investment Officer at Laffer Tengler Investments.

Unlike me, Stein and Tengler are reluctant to say the bottom is in.

But the numbers sure do suggest this. Here are data demonstrating the strength of the spike in insider buying, followed by my take on three large-cap names insiders really like right now. It’s worth noting The Washington Service excludes 10% owners — money managers who often lag the market but have to report as “insiders” because of large positions — to focus on pure insiders. This means employees and directors.

First, the ratio of companies with insiders buying to those selling has doubled to 0.95 (chart below). That’s a big deal because it is twice the average of 0.47 since 2016, according to data provided by The Washington Service. The only other time this ratio surpassed 1 since then was during the pandemic panic selling in March 2020. It came close (0.94) in December 2018, the worst month of that year’s selloff. Three months after that buy signal, the S&P 500 was up 16%.

Todd Lowenstein, an equity strategist at The Private Bank at Union Bank, isn’t surprised insiders are buying hand over fist. “There is some good value emerging right now,” he says. “You can pick up quality businesses at a reasonable price.”

The ratio of the number of insiders buying vs. selling has more than doubled to 1.08. That’s a solid buy signal for me because this ratio has averaged 0.39 since 2016. The only other time it pierced 1 since 2016 was during the pandemic panic in March 2020, when it rose to 2.2.

Over at Vickers Insider Weekly it’s the same story. “Corporate insiders have reacted with increasing optimism, expressing confidence that historically has come in advance of notable rallies,” according to a note published by Vickers Monday.

Vickers’ one-week insider sell/buy ratio recently fell to 0.91. (Lower means more optimism.) This marks “a very rare period with more insider-purchase transactions than sales transactions,” says Vickers. The last time this happened was March 2020. Three months later the Dow Jones Industrial Average was up 35% and a year later it was up 70%. This ratio also fell below 1 in December 2018. The Dow then advanced 14% in three months.

Finally, big block sales are down sharply. Leuthold Group Chief Investment Officer Doug Ramsey prefers to gauge insiders by measuring big transactions of either 100,000 shares or $1 million. He subtracts buys from sells to find “net sells” as a percentage of issues traded on the NYSE. This fell below 1% May 20, boosting this measure to “maximum bullish,” he says.

There are literally dozens of attractive stocks to consider, based on bullish insider buying. Here are three from the large cap world.

Shares of Home Depot HD, +1.96%, the world’s largest home improvement retailer, are down over 31% this year. This doesn’t really make sense because performance is great, especially for a retailer. First-quarter results confirmed this.

“The company beat on revenue. It beat on earnings and it raised guidance. But they still got punished by the market,” says Tengler, which owns the retailer on behalf of her clients at Laffer Tengler Investment. “The first quarter is usually slow, and this was their highest quarterly sales ever.”

One fear is the housing market slows down as home mortgages rise. But Tengler contends this isn’t really a negative, since people are more apt to do home improvements when they stay put.

“Given pent-up demand for home-improvement jobs and labor scarcity, the backlog of projects should persist throughout 2022,” says Gutman.

“The company beat on revenue. It beat on earnings and it raised guidance. But they still got punished by the market. The first quarter is usually slow, and this was their highest quarterly sales ever.”

Home Depot also has pricing power, a plus in the inflation era. We know this because while the number of customer transactions slipped by 8% in the first quarter, the average ticket rose by 11.4% to $91.72. This helps support the company’s 15.5% operating margins which is high for the sector, says Lowenstein. He also likes the 2.7% dividend yield, and the fact that Home Depot can continue to boost the dividend since it produces so much free cash flow – an expected $15 billion this year.

J.P. Morgan analyst Christopher Horvers has an overweight rating on the company in part because he thinks it is resistant to Amazon.com AMZN, +2.57%. With home improvement projects, people prefer to touch and see products before they buy, and ask for advice. Morningstar Direct analyst Jaime Katz cites Home Depot’s size and brand strength to support a coveted wide moat rating on the name.

The insider buying: A director just bought $2 million worth of stock at $ 79.30.

As an investment bank, Morgan Stanley’s MS, +0.33% performance is directly linked to the stock market and the economy. This makes it a cyclical name with volatile results. Revenue slipped 5.7% in the first quarter to $14.8 billion. The stock is down 25% from highs earlier this year.

Look under the hood, and you’ll find some business diversification which offsets the cyclicality and volatility, contends Sonny Lin, a senior portfolio manager at Wealth Enhancement Group which has a position in this name. Last quarter, for example, market volatility helped create strong revenue gains in its trading arm, which offset weakness in investment banking and wealth management.

Tengler, whose Laffer Tengler Investments also owns the name, says the wealth management business is attractive because of the relatively predictability of fee income. “It looks like an annuity,” she says.

As goes crypto, so goes Coinbase COIN, +9.47%. That’s because this company is the leading U.S.-based cryptocurrency exchange. As bitcoin, Ethereum, and other cryptocurrencies tanked 50% or more since November, transaction fees plummeted. First-quarter revenue fell 53.2% from the prior quarter to $1.16 billion.

On top of that operating costs rose sharply, by 111%. This pushed net income deep into the red. The upshot: Coinbase stock has fallen 83% since November to trade recently under $62. Down here, a director has said enough is enough, purchasing a sizable $75 million worth of stock.

What’s there to be bullish about? Bitcoin and other cryptocurrencies are here to stay despite regulatory challenges. Coinbase has built a reputation and track record that support its staying power and higher transaction fees, says Morningstar Direct analyst Michael Miller. He has a $131 fair value estimate on the stock, and a four-star rating out of a possible five.

Unlike other platforms, Coinbase has multiple revenue streams. It acts as an asset custodian and broker, and it offers collateralized loans, a crypto debit card, blockchain infrastructure support, and data analytics. Expansion into new product lines will now be easier because of the crypto downturn, says CEO Brian Armstrong. “We see the down period as a big opportunity because we’re able to acquire great talent as others pivot, get distracted, and get discouraged. We tend to do our best work in a down period.”

J.P. Morgan analyst Kenneth Worthington maintains his “overweight” rating, despite cutting his price target to $171 from $258, citing Armstrong’s strategy of continuing to invest in the business even though the tide has turned. Worthington also likes the company’s strong balance sheet.

Michael Brush is a columnist for MarketWatch. At the time of publication, he owned AMZN. Brush has suggested HD, MS and AMZN in his stock newsletter, Brush Up on Stocks. Follow him on Twitter @mbrushstocks.

Laffer Tengler Investments does not control and has not independently verified data provided by third parties, including the graphics and data presented in this article.  While the information presented herein is believed to be reliable, no representation or warranty is made concerning the accuracy of any data presented.  All information provided is for informational purposes only and should not be deemed as investment advice or a recommendation to purchase or sell any specific security.  No representations or warranties whatsoever are made by Laffer Tengler Investments or any other person or entity as to the future profitability of a portfolio or strategy or the results of making an investment.  Past performance is not indicative of future results.