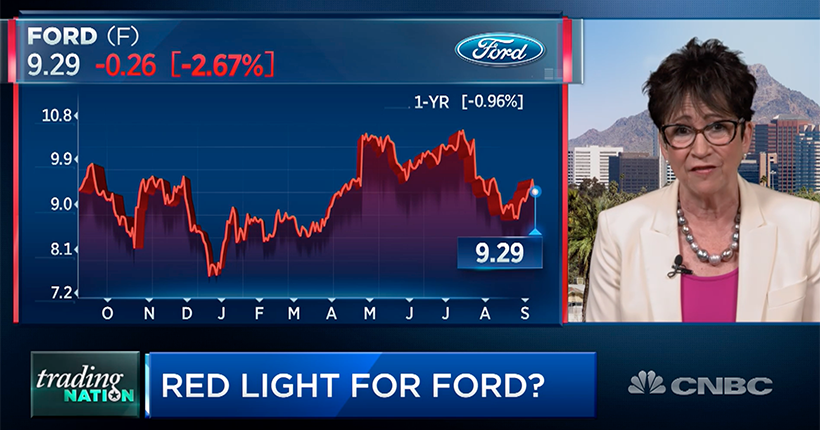 Ford shares are stuck in reverse. The stock declined Tuesday after Moody’s cut its debt rating to junk status on worries a lengthy restructuring will squeeze margins and pressure cash flow. The automaker has also fallen in the past three months even as major competitor General Motors has sped higher.

“We’re out of the group entirely and largely because we’ve not found that the auto companies are particularly loyal to their dividends,” Tengler said Tuesday on CNBC’s “Trading Nation.” Ford’s “dividend growth has been moribund. I mean, they haven’t actually raised the quarterly dividend, they’ve been paying out a special cash dividend and I don’t like that because that’s usually the first thing to go.”

“You have to believe that the dividend is safe, and I found historically … these companies are not shy about cutting when they need to. So, I’d floor it in the other direction. And look, there’s better places to be,” Tengler said.

Ari Wald, head of technical analysis at Oppenheimer, agrees that auto stocks are names to avoid.

“I think you probably stay away from both the stocks. We are underweight autos and auto components, just really don’t trust the bounce in a lot of these deep value cyclicals,” Wald said on “Trading Nation.”

However, between General Motors and Ford, Wald does see one with greater potential.

“GM has been the leader on a relative basis of the two. It’s been stair-stepping higher and I’d side with the leadership. If I had to choose between the two, GM over Ford — or at least, I’d expect GM to continue to outperform versus Ford,” said Wald.