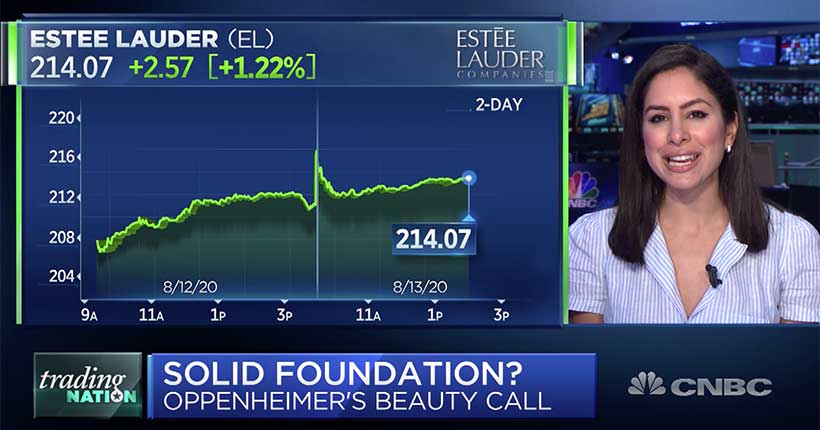 Beauty stocks have been a mixed bag this year.

The space came into focus Thursday after Oppenheimer upgraded shares of Estee Lauder to outperform from perform, citing resilience in demand for the company’s skin-care products and growth in the Chinese market.

Estee Lauder shares closed nearly 1% higher Thursday. But its performance this year has been middling when stacked against some of its industry peers.

One name in particular stood out to JC O’Hara, chief market technician at MKM Partners.

“If we want to play the beauty, cosmetics, skin-care theme, I think we should be focusing on e.l.f. Beauty,” O’Hara told CNBC’s “Trading Nation” on Thursday. “This is a smaller-cap name — just $1 billion in market cap — but I believe this is where we can get the big bang for our buck.”

Referencing a longer-term chart of e.l.f., O’Hara noted the stock’s double bottom in March 2019 and March of this year. While e.l.f. shares are up more than 130% from this year’s low, there could be yet another momentum driver in store, he said.

“There’s a significant level of resistance right at [$]21. That’s where the stock fell back in 2019,” O’Hara said. “If this momentum continues and we can get a close above 21, I think there will be actually renewed momentum and then we could set a shorter-term technical price target at 24.”Shares of e.l.f. closed at $20.14 on Thursday, down less than half of 1%. Reaching the $24 level would mean a greater than 19% move higher from those closing levels.“I think we want to look for the small company for the big bank for the buck here,” O’Hara said.That may not apply to the whole beauty space, said Nancy Tengler, chief investment officer at Laffer Tengler Investments.

She said in the same “Trading Nation” interview that her firm had been buying shares of Ulta Beauty, the $12.5 billion behemoth, down about 12% year to date.

“We added this stock during the sell-off,” Tengler said. “On a relative price-to-sales ratio basis, it’s about as cheap as it’s ever been, and what we’re hoping is that the management team will continue to do what they did during the initial downturn: streamline costs, increase online users, multichannel users — they call them omnichannel users — and slow down store openings and capex.”

“We think if they can reaccelerate sales into the high teens — they don’t even have to get back to the mid-20s — that shareholders will be rewarded,” she said.

If Ulta can drive growth in online purchases, that’s all the more reason to buy the stock, Tengler added.

“We are back to getting dressed and being on Zoom calls and going into the office,” she said. “I actually think that the delivery mechanism that Ulta has the opportunity to change will drive the growth in that particular stock and in beauty in general.”

Ulta shares closed up 2% on Thursday.