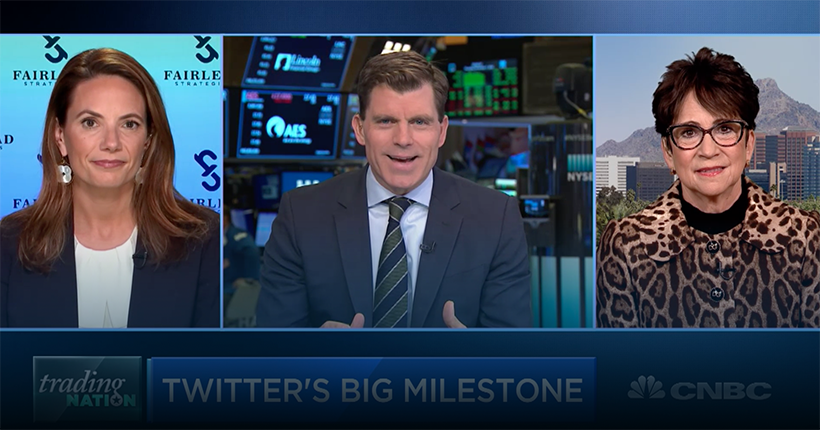 Six years since going public, Twitter has essentially gone nowhere. The social stock has climbed just 13% since its Nov. 7, 2013, IPO, while major competitor Facebook has roared more than 400% higher since its mid-2012 float.

Twitter has had a terrible recent stretch, too, plummeting nearly 30% in the quarter so far. The shares tanked in October after a disappointing earnings report.

“It was coming into earnings with a nice uptrend in place, it had positive long-term momentum. The gap down unfortunately changes that for Twitter. It gapped below a series of support levels, and, in turn, long-term momentum turned negative for the first time since mid-2016, so it does look like a real reversal to the downside for Twitter,” Katie Stockton, founder of Fairlead Strategies, said Thursday on CNBC’s “Trading Nation.”

“The stock is quite oversold as you can imagine into this downdraft. The next support is about 10% below. However, there is a countertrend signal in store for the stock in the next couple of days that we haven’t seen the likes of since really the Christmas time low of last year so I do think that we will see some kind of relief rally for Twitter that allows people to get out at a better price,” said Stockton.

“Facebook and Twitter on our work have comparable valuations but the revenue growth at Facebook has been much more compelling — 12% to 14% annually. And so you’ve seen that price momentum but the stock still stayed in our buy ranges, which is the optimal for us,” Tengler said during the same segment.

Facebook is expected to grow sales by 26% for full year 2019, according to FactSet estimates. Twitter, by comparison, is anticipated to have revenue growth of 13% over the same stretch.

“You have a company that has three major platforms that they’ve been able to monetize and they’re just well ahead of Twitter on that front. Instagram, of course is driving a lot of the potential for Facebook so we remain holders at these levels. It’s one of our major holdings, and, and we, we are not interested in Twitter at these valuation levels,” said Tengler.