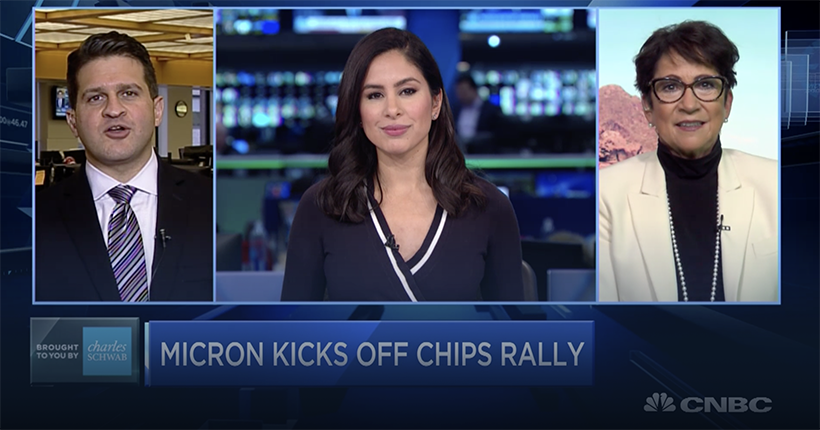 Semis’ massive surge rolls on. The SMH semiconductor ETF has risen more than 6% this month, triple the gains in the tech sector. The charts are sending Oppenheimer’s head of technical analysis, Ari Wald, a message.

“They are signaling to stick with semis. This is one of our favorite market areas. Not only does it rank high in our momentum work, it’s really broad-based across the board. That’s what we’re looking for. It’s the whole group working,” Wald said on CNBC’s “Trading Nation” on Monday.

Nearly half the names on the SMH ETF are less than 3% from 52-week highs. The average gain across the ETF this year is 67%.

“One name we like here — Microchip Technology,” said Wald. “It’s not as extended as some of its peers, just starting to break out.”

Wald is watching the $108 level for keys a breakout could be underway. That marks the top from 2018 and, if it breaks above, would mean a push through two-year resistance. He adds that a potential breakout could take it all the way up to $130.

Nancy Tengler, chief investment officer at Laffer Tengler Investments, turned bullish on the semis group last December and says the firm “expressed commitment to the sector by overweighting Broadcom and Texas Instruments.” The SMH ETF has bounced 75% since the December 2018 lows.

Tengler is now keeping her eye on a different stock.

“Micron looks really interesting here despite the big runup recently. It’s underperformed for the last five years,” Tengler said during the same segment. “We’re going to take a look at it. We’ve missed it so far, enjoyed our other holdings, but I think the company is well positioned as we move forward.”