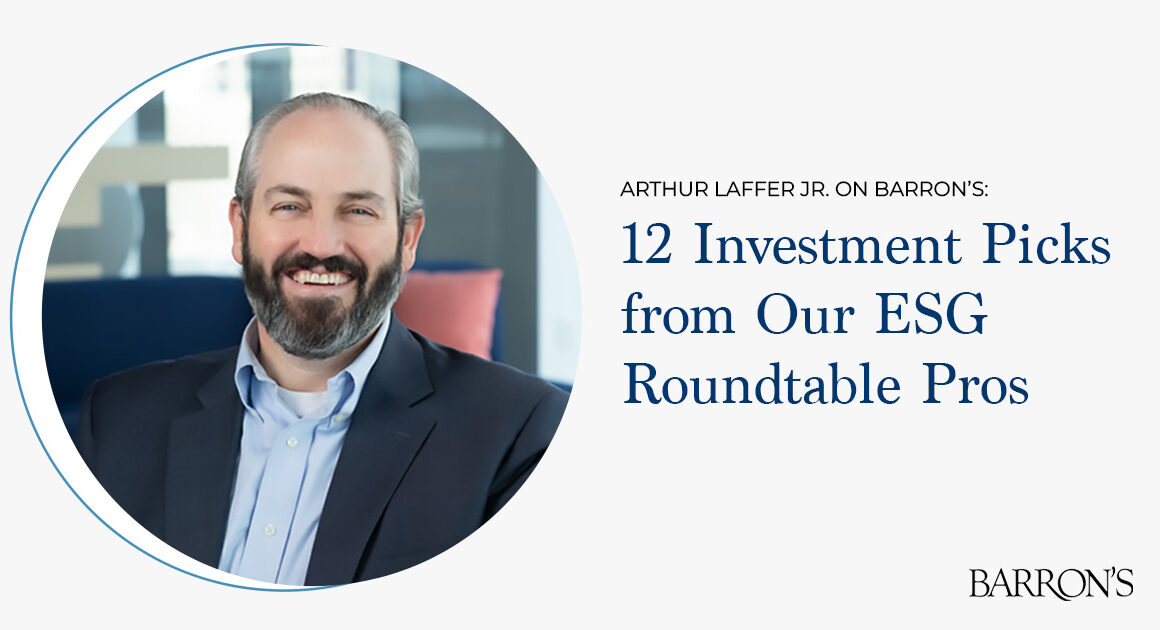 Arthur Laffer Jr. saw his proverbial ship come in this past spring. A long-time student of inflation, Fed policy and related investment strategies, his analysis was purely academic in nature for years while we endured an extended bout of ultra-low inflation.

Yet he was well-prepared to pounce when an inflation super-spike appeared in the first quarter. His firm’s Laffer Tengler Dynamic U.S. Inflation Strategy, which is run as a proprietary bond fund for clients, delivered an impressive 19.6% return (18.54% net of fees) for the 12-month period ended March 31, 2022.

That earned the strategy the first place spot among fixed income separately managed accounts for that period, according to Morningstar. (As an SMA, the Laffer Tengler Dynamic U.S. Inflation Strategy is ranked apart from mutual funds and ETFs.)

Laffer isn’t so sure the Fed, which hiked the fed funds rate by 75 basis points on Wednesday, will wrap up its work any time soon. Since the Fed has a dual mandate of maximizing employment and keeping prices stable, as long as unemployment rates remain in check, its Federal Open Market Committee members may want to keep hiking rates until there is clear evidence it has broken the cycle of inflation, he says.

It may take a bit. One reason is a potential misplaced inflation focus by the Fed. To gauge inflationary trends, the Fed has long relied on the Personal Consumption Expenditures Price Index (PCE), while much of the media focuses on the Consumer Price Index (CPI). Laffer says that “CPI is a better indicator for the direction and magnitude of price changes, and the CPI is a better measure for what consumers are really experiencing.” He thinks the PCE is far too complicated, an indirect measure at best, “with contributions that are muddy and opaque.”

Viewed through the lens of CPI, which puts a greater emphasis on housing prices, Laffer doubts that headline inflation reading will come down quickly. “Housing prices have more room to run as leases roll over,” he predicts. That means more hikes ahead.

Perhaps the Fed will settle for some middle road policy, where inflation comes down from its current peak and settles at a rate between where it stood in recent years (1-2%) and where it stands now (8-9%). That’s not an ideal outcome as far as Laffer is concerned. “If inflation only moves somewhat lower,” then interest rates will remain out of whack. Economic theory holds that inflation rates and interest rates must eventually converge for monetary policy to be truly neutral.

As the Fed hits the brakes on the economy with rate hikes, Laffer will look to ensure that he reduces exposure to a Fed overshoot. “It’s important to stay focused on fixed income assets that strip out credit risk,” he says. He doesn’t completely shun high-yield bond exposure in his portfolios, but keeps that exposure at modest levels while the economy is slowing down.

Much of Laffer’s strategy aims to avoid assets that will be hurt by inflation. A collective 25% weighting in Treasury-Inflation Protected Securities (TIPS), floating rate bond ETFs, and inflation-hedged bonds helped his SMA avoid the losses suffered by more traditional bond funds. Indeed, Laffer acknowledges that the modern era of large liquid ETFs has made inflation strategies much more feasible. “The explosion of these kinds of funds has made it much easier to deploy my investment thesis,” he says.

What does the portfolio manager see ahead for inflation? He notes that price pressures have actually been somewhat restrained this year, by the ever-strengthening dollar. “If the dollar weakens, we’re going to see inflation coming from exports and commodities,” he predicts.

That seems to be an almost inevitable long-term outcome, especially when you consider that the dollar has rallied a stunning 17% thus far in 2022 against a basket of currencies. If the Fed stops short of its interest rate dot plot, the dollar could lose a key catalyst (i.e higher interest rates here than abroad, which strengthens a currency), opening the door to import inflation, which the Fed would like to avoid.

While his inflation-focused approach delivered less stellar returns in the second quarter, it is on pace to be one of the few bond strategies to deliver robust results in a year when bonds posted their worst returns in many decades.

1970s redux? Laffer (who is the son of the author of the “Laffer Curve”) first drew his inflation lessons from the 1970s, a period of stubbornly high inflation that eventually led Fed Chair Paul Volcker to fight inflation by creating recessionary conditions.

Laffer sees parallels between that era and the current era, and while some factors played out in both eras, other factors have not repeated this time around. For example, a key catalyst for inflation in the current era has been supply chain problems, fueling an old-fashioned demand-exceeds-supply imbalance. Yet both eras were beset by high energy prices.

Back then, we were told by President Jimmy Carter to conserve energy by turning down our thermostats, and we also soon embraced smaller cars. This time around, we are waiting patiently for alternative sources of energy to replace high-priced carbon-based fuels.

Noting the role of energy in today’s inflationary environment, Laffer’s SMA deployed 15% of assets in oil and gas ETFs in the first quarter, while another 28% was invested in commodity ETFs. Then and now, commodities have played a strong role as an inflation hedge, though it is notable that commodity prices have moved back from their cyclical peaks over the past few months. The Commodity Research Bureau’s CRB index surged from around 230 at the end of 2021, to 330 this past spring, and currently sits at 281.

It’s important to avoid drawing too many parallels between the current inflationary period and prior ones. In the 1970’s, inflation was a decade-long phenomenon. This time around, it may prove to be far more short-lived. Still, until we have truly whipped inflation, fixed income portfolios may need to remain immunized against the corrosive effects of unstable prices. At a minimum, that means shunning duration. And for portfolio managers like Arthur Laffer Jr., it is a signal to be ready to deploy inflation-hedging strategies when needed.

As published in Barrons.com.

The information in this article is current at the time of publication and is subject to change without notice. Please see our performance presentation for the Laffer Tengler Dynamic US Inflation Strategy, including complete disclosures by clicking here.